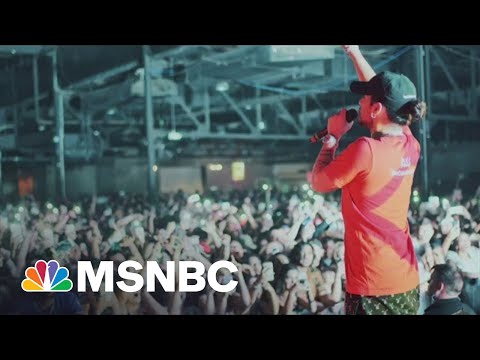 Rapper, singer and author Russ discusses music, creativity, business and independent thinking in a wide-ranging discussion for “Mavericks with Ari Melber,” a series of interviews with leading artists, musicians and cultural icons. The two also discuss Russ’ marijuana business and related advocacy; his views on hip hop’s relationship with mafia films; controversies in the music industry from unfair contracts to alleged fake streaming; and several references to Russ’ lyrics also arise over the course of the conversation, filmed in Atlanta. Melber also reports on how Russ’ artistic and business approach extends on the critique and vision of earlier artists, including Prince and George Clinton. (This is an excerpt from an installment of “Mavericks with Ari Melber.” The full interview can also be found on YouTube.) (This interview is from MSNBC’s “The Beat with Ari Melber, a news show covering politics, law and culture airing nightly at 6pm ET on MSNBC. http://www.thebeatwithari.com).
https://www.msnbc.com/the-beat-with-ari/watch/fighting-corporations-with-art-and-success-diy-singer-russ-follows-prince-s-mission-msnbc-120001093825
» Subscribe to MSNBC: http://on.msnbc.com/SubscribeTomsnbc